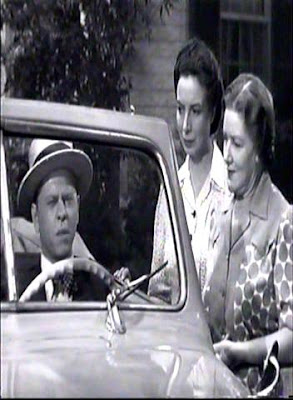 “Life Begins for Andy Hardy” (1941) brings Andy into The Real World and closes the door, or attempts to close the door, on his childhood. “Today I am a man!” he yells from his massive convertible roadster as he pulls away from home and loved ones to seek his fortune in New York, but he’s still that bouncy teenager with no more notion of what it is to be an adult than he did when the series started.

Mickey Rooney, prodigiously talented but typecast by this time, had played the character of Andy Hardy in something like 17 or 18 movies and short subjects, so he had Andy down cold. Andy could demonstrate winning charm, hearty all-American boy determination, or comically sad remorse, but he never really developed as a character. He was no Harry Potter. 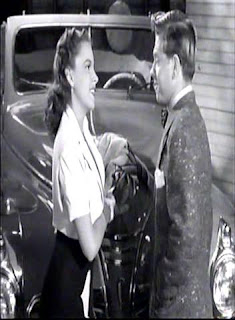 Judy Garland plays his pal “Betsy Booth” in this one, and demonstrates her spectacular comedic timing and way with a line, particularly as the overly dramatic teenaged girl, “I’m simply curdled with remorse,” or boasting “My mother just bought me an evening gown with no visible means of support!” or “I drove around that revolting block 51 times and my feet are killing me!” 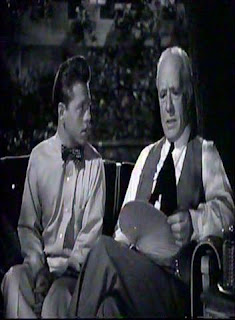 Andy’s ma and pa, played by the ever reliable Fay Holden and Lewis Stone nervously allow their boy to take off for the summer after high school graduation to try his luck getting a job in New York. Lewis Stone, whose wry humor and subtle facial expressions alone make him one of the most endearing screen fathers, wants Andy to settle down and go to college in the fall. Ann Rutherford has only a brief appearance in her regular role as Polly Benedict in the series. It’s mostly Andy in the big city, with occasional popping in and out by Judy Garland, whom Andy never seems to fall for, but treats as a bothersome child.

I suppose we could wince at Andy’s being a member of the graduating class of 1941, knowing that in six months the nation would be at war and Andy’s future, like the future of most of his generation, was going to be in serious jeopardy. But this is the back lot, a spanking clean small town, a tidy and village-like New York City, and a convertible so clean and shiny you could apply your makeup in its reflection. There’s no foreboding because never going to be anything really wrong. 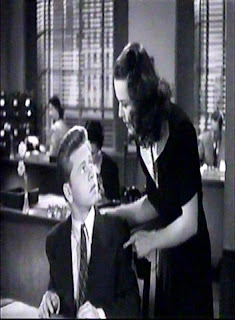 If this were a Harold Lloyd outing, we would suffer over the risks Harold was taking by traveling to the big city, taking a room in a small residential hotel, messing up at his office boy’s job. Harold would be beaten up by a romantic rival, stuffed down a dumbwaiter and probably run over by a streetcar six or seven times. That’s why we loved him. There’s just something about a guy who gets run over six or seven times but keeps bouncing back. But Andy is so self assured, and his tie is so perfect, we never really have to worry about him. He doesn’t need us. He’s got mom and pop, Auntie, and Judy looking after him. When Andy does mess up at work, his boss forgives him and gives him free tickets to a dinner dance. What a swell guy.

However, this film is a bit of a departure from others in the series in that Andy deals with the sudden death of a new friend, and very nearly being seduced by a big city vamp. But he is neither led astray nor discouraged for very long. Even though he learns what it means to go hungry, we know, and he knows, that he can always go home to that middle class home where his mother makes his favorite breakfast and helps him put his pants on, where his spinster aunt will slip him money, and where his dad will send him to college.

Mickey Rooney, as always, makes it work by appearing so genuinely likeable, even when Andy is at his most self-involved.

Fun signs-of-the-times to watch for is that his rent is $5 a week, and when he finally gets his office boy job (which is very cushy and gives him very little to do), he is paid $10 a week. Not bad. When he and Jimmy, his new pal whom Andy gives a helping hand, are low on funds, they can at least be glad that the 25 cents they have between them will feed them for three days. They are being only a little sarcastic. 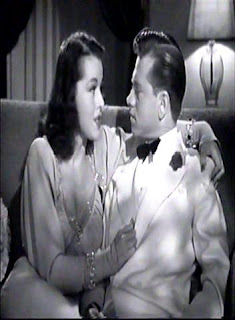 Patricia Dane is the streetwise and sassy as the big city vamp, who at first dismisses Andy, then helpfully gets him a job, then tries to seduce him. After leaving her with propriety at her apartment door all movie long, he finally gets into her apartment at the end of the film. Luckily for Andy’s poor mother, the vamp’s ex-husband barges in and destroys the mood.

When the expensive fur she wears turns out not to be the gift from one of her conquests, but instead is a gift to herself she charged to her ex-husband, it feels a little like a copout, as if they are trying to make her character shifty but not necessarily promiscuous. As it is, the Catholic Legion of Decency came down on this film (On an Andy Hardy film? No!) because of the very idea of Andy being almost seduced and his father having a man-to-man talk with him in the most vague and couched language about staying away from big city vamps.

Some of the film does sound like one of those educational “Don’t Let This Happen to You” one-reelers of days gone by, but Mickey Rooney and staff, likeable as they are all are, make Andy’s summertime New York adventure one swell experience. He needs to kick back and relax; high school was tough, and Pearl Harbor is only six months away.
Posted by Jacqueline T. Lynch at 7:39 AM

I would love to see every film in this series one day. How nice it would be if they were all released in a special DVD package.

Hi, Tom. I hadn't thought about it, but now that you say that, I guess they haven't been released in a collection. There certainly were a lot of them.

It would be great if they were. Also I'm not sure why no one is asking Mr. Rooney to sit down and record some commentaries on his old movies. He's a living legend and has so many stories to tell, and he's still active in show business.

That's a very good point, Tom. It's a rare opportunity to document the memories of one of the few remaining survivors of Hollywood's golden age on his specific films.