The Secret Lives of Hollywood Stars in Children's Novels 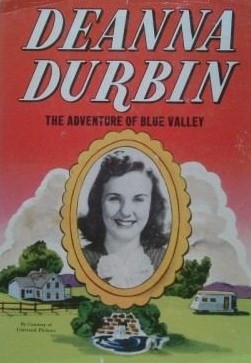 Deanna Durbin had a secret life, at least as evidenced by her two adventures told in children's novels: Deanna Durbin and the Adventure of Blue Valley, and Deanna Durbin and the Feather of Flame.  These began a popular, if sometimes rather odd, series of girls' books by Whitman Publishing Company of Racine, Wisconsin.  We learned about the adventures of other stars as well in exploits never told in fan magazines.

These two books were published in 1941 and spearheaded the collection that would be known as the Whitman Authorized Editions, though whether any star actually authorized these stories is quite doubtful.  They do stand as creative examples of not only the studios' ownership of its stars, but its wide-reaching commercial exploitation of the stars as its products. 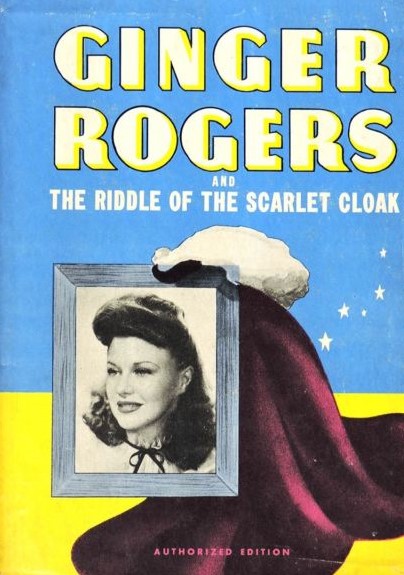 One of the more interesting of the series was Ginger Rogers and the Riddle of the Scarlet Cloak, which was actually written by her mother, Lela E. Rogers, so Ginger must have at least known about the novel even if she didn't authorize it.  The story has Ginger dealing with a rough relationship with her mother, meeting her father for the first time, and in her job as a night switchboard operator for a hotel, ferrets out enemy spies in the aftermath of Pearl Harbor.  A full day's work.

Most, but not all, of the books in the series were written by Katheryn Heisenfelt.

We see by the titles that many stars had a lot going on in their lives. There is: 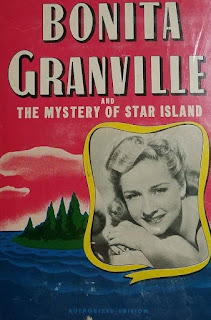 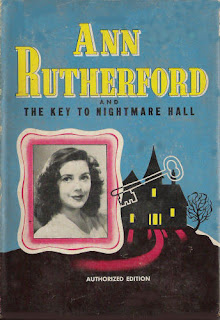 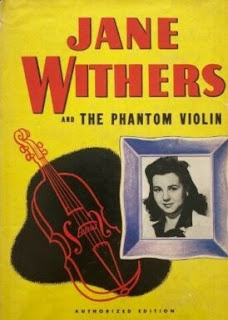 Jane Withers and the Phantom Violin (Jane Withers was very busy.)
Betty Hutton and the Romance of Palmetto Island 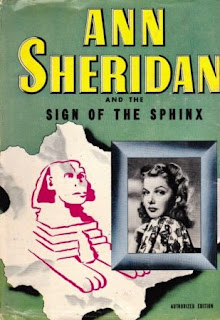 Ann Sheridan and the Sign of the Sphinx (Look at her casting that wry eye at the whole idea.)
Jane Withers and the Swamp Wizard (Jane's back again in a weird swamp story.) 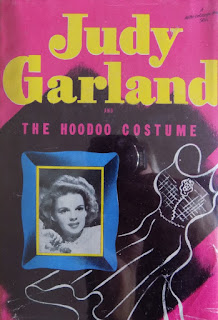 And just so you don't think the ladies have all the fun, we have: 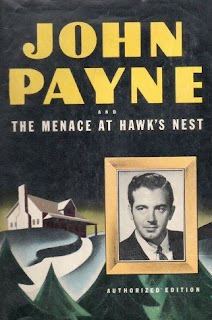 John Payne and the Menace at Hawk's Nest 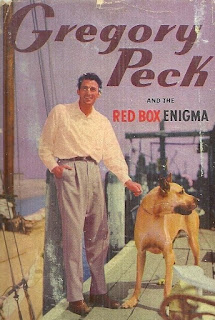 Gregory Peck and the Red Box Enigma
Van Johnson, the Luckiest Guy in the World.

If any of you have read any of these books, I'd like to hear your book report.

In this previous post from 2010, I discussed some children's novels that were centered around World War II and published in that era.  I'll be writing a book on this subject, something that's been on the back burner for, obviously, a very long time.  My to-do list is so long it sometimes strangles me, and I have to shoot it.  But I'd like hear your input as well on books like the Cherry Ames series, the Dave Dawson series, the Ann Bartlett series, etc., all the pre-teen novels about the war.  I'll post more on this down the road.
***

Jacqueline T. Lynch is the author of Ann Blyth: Actress. Singer. Star. and Memories in Our Time - Hollywood Mirrors and Mimics the Twentieth Century.