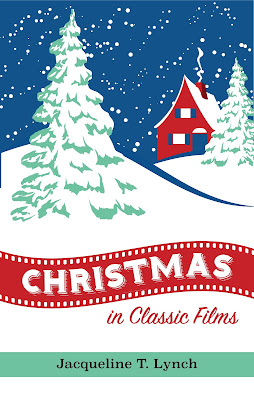 I'm pleased to announce my forthcoming book, Christmas in Classic Films, is now available for pre-order as an eBook.

It's a collection of essays on yuletide-themed movies, mostly from this blog.  The book will go on sale Thursday, November 3rd, and the print version will follow soon after.

For the first few months it will be available exclusively from Amazon, and afterwards from a variety of online shops.

Christmas turns everyone who celebrates it into a classic film fan—at least for that special season.The average person, unlike devoted classic film fans, may not recognize images of Clark Gable or know who James Wong Howe was, or be able to tell you why 1939 was such a spectacular year for films. But when yuletide rolls around, they rejoice with Miracle on 34th Street, It’s a Wonderful Life, and of course, White Christmas.We find a vast treasure of Christmas scenes in films that were never meant to be “Christmas movies” but which are now part of the holiday canon, and this collection of essays spotlighting Christmas in classic films brings you all the warmth and memories that have become as dear a custom as decorating your home and holiday baking. You may even have one of these movies on in the background when you’re writing out your Christmas cards.Unwrap this package and relive the moments and discover Christmas nostalgia anew, from Cary Grant’s mysterious angel in The Bishop’s Wife to poor Ralphie pining for a Red Ryder BB-gun in A Christmas Story.There’s lots more here waiting for you under the tree.

Pre-order your eBook now, and it will be sent to your device on November 3rd!

I'll be contacting readers of my newsletter with the opportunity to receive an ARC (a FREE advance reader copy) of the eBook with the invitation -- but not the obligation -- to review the book.  If you're interested in receiving an ARC, sign on here.

If you're already on my readers' list, don't worry -- you'll get your offer of a FREE ARC in a few days!

Email ThisBlogThis!Share to TwitterShare to FacebookShare to Pinterest
Labels: Christmas in Classic Films 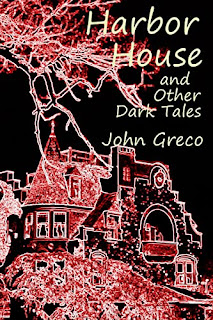 John Greco, your friend and mine from the Twenty Four Frames blog, has released a new book that will raise the hackles on fans of horror and dark tales.  Harbor House and Other Dark Tales is a collection of 16 short stories, each with a twist you might not expect.

It's his seventh book of fiction.  In previous posts, I've featured his books Lessons in the Dark, a nonfiction collection of essays on film; and two other collections of sinister stories: Devious Tales here; and The Late Show and Other Tales of Celluloid Malice here.

John's talent is not limited to writing; he is an exceptional photographer, and his art prints and photos, including many stunning shots of wildlife, can be purchased here at John Greco Art.

Harbor House and Other Dark Tales is available on Kindle and in paperback.

In the interests of transparency:  I received an ARC of John's book, with no requirement to write a review.

Posted by Jacqueline T. Lynch at 3:48 PM No comments: 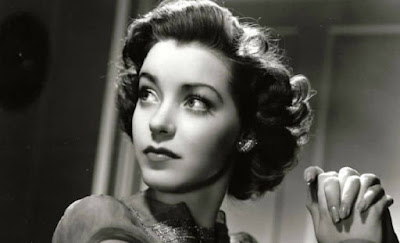 Marsha Hunt left us last week at 104 years old, a sparkling human being of whom we can truly say had a life well lived.  There are fewer film actors from the 1930s left to us these days, so it is remarkable that the lady came to Hollywood -- and thereby to us classic film fans -- in 1935.

She played opposite everyone:  John Wayne before his stardom took off, John Barrymore, Mickey Rooney, Lana Turner, Laurence Olivier, Greer Garson...you name it.  Of the last two mentioned, we covered her work in Pride and Prejudice (1940) here.  Her role as Mary is some of the best moments of the film:

"In Marsha Hunt we have one of the funniest Mary Bennetts on screen, with her broad, almost campy playing of the unattractive and dull sister, particularly in her too-eager reaction when her mother admonishes her to smile at a party. The sour note she hits in her performance of “Flow Gently, Sweet Afton” is priceless."

Mary has been played by others as awkward and foolish, dour and pompous, but Marsha Hunt captured the absurdity in the character that I think Jane Austen would have applauded.

Marsha Hunt had a sense of humor and a sense of humanity, and she would need it.  In 1950, she was blacklisted and the Radical Right, by means of Hollywood, torched her career.  The blacklisting episode, an era that ruined the careers and lives of many liberals and progressives in the film industry, is what seems to have been most captured in the headlines about her passing.  We covered her work in the radio program Hollywood Fights Back here.

But she was more than someone who got thrown under the bus for her integrity.  She went to work in theatre, which is famously tolerant and wonderfully belligerent to those who are intolerant, and we mentioned her appearance at the LaJolla Playhouse.

She was, above all, a humanitarian, and worked on behalf of the poverty-stricken, the homeless, the hungry for many decades.  In her work, and in her life, she was a champion.

The 2015 documentary, Marsha Hunt's Sweet Adversity tells her story, and if it pops up again on TCM, which I expect it may in a tribute to her, don't miss it.

Posted by Jacqueline T. Lynch at 10:54 AM No comments: 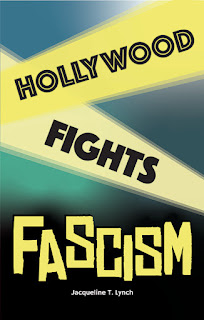 Download your free eBook today only at this link.

Our greatest gift from the Greatest Generation was freedom from fascism. Relive, and celebrate, how evil was faced, discussed, dramatized...and fought. Classic films were the weapon.The Greatest Generation received instruction, inspiration, and, of course, entertainment from a source that affected them perhaps even more than the greater technology of generations to follow: the movies.

Posted by Jacqueline T. Lynch at 9:35 AM No comments: