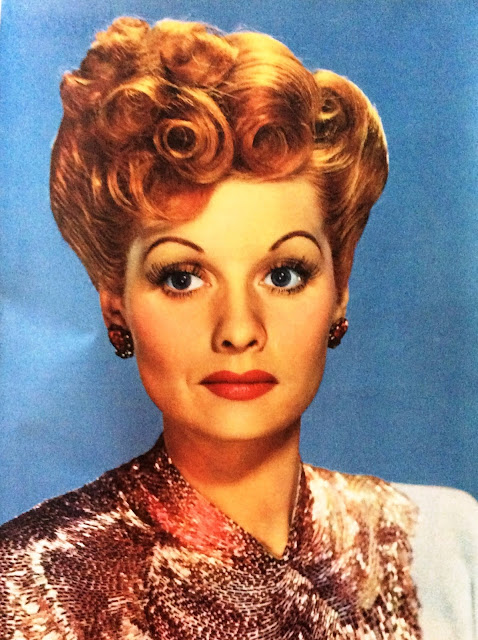 This stunning color portrait of Lucille Ball was published in Screen Guide of February 1943. This fan magazine was a little different than others of its day: it was oversized, and its many photos and journalistic style of its articles resembled Life magazine.

Though wartime brought printing restrictions to most periodicals in terms of use of one color or lesser quality paper, Screen Guide still managed to produced very handsome issues.  Though most photography in each issue was the standard black and white, such marvelous color photos as this were included.  The article with the photo was titled "Beauty Begins at Thirty!"  We know now that if Lucille Ball was concerned about a faltering career, she need not have worried.  TV was just down the road.  Even if it was in black and white.

Posted by Jacqueline T. Lynch at 8:49 AM No comments: 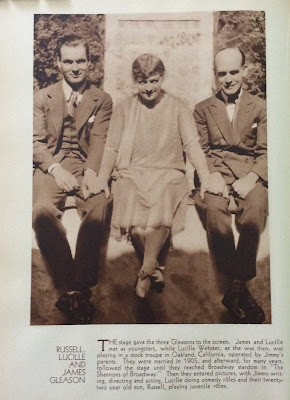 James Gleason is a favorite character actor among classic film fans, and we could rattle off a giant list of movies he appeared in.  Less well known are his wife and his son, who pose with him in this trio shot from Stars of the Photoplay (1930).

Lucille Webster performed in a stock company owned by James Gleason's theatrical parents.  They were married in 1905.  His first Broadway appearance was in 1914, and after several years of acting, writing, and directing for the theatre, both husband and wife scored in the Broadway hit The Shannons of Broadway in 1927, which Gleason wrote.

His first film was in 1922.  He also wrote and directed for the movies.  He appeared in several with Lucille.  Their son Russell continued the family trade and appeared in All Quiet on the Western Front (1930).

This photo was taken around that time, when he was about 22 years old, when the family had so much to look forward to and, at least for James, was on the brink of a solid and respected film career.

Unfortunately, tragedy struck fifteen years later, when Russell, who had enlisted in the Army in 1943, was awaiting deployment to Europe with his troop in New York City when he died on Christmas Day 1945, having fallen out a fourth-story hotel window.

Mrs. Gleason, who also served as vice president of the Screen Actors Guild, served on the advisory board for the Federal Theater Project, and ran for office in local politics, died about a year and a half later in 1947. 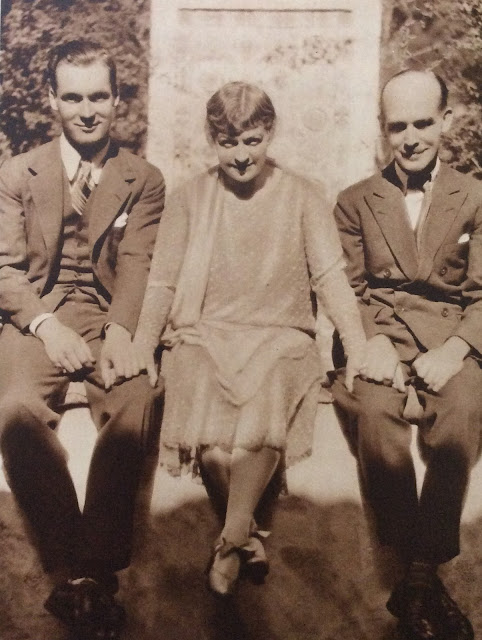