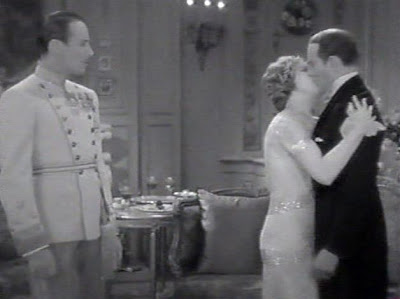 “One Romantic Night” (1930), AKA “The Swan” shows a world, and a medium, in transition. The world is one in which fairly tales about princesses are out of step with the Jazz Age just passed. The decade ahead will bring plenty of fairly tales, but they will be about shop girls instead. The medium was the dawn of talking pictures, which had not yet delivered a freedom of expression they’d promised; instead the actors and crew were shackled to the demanding and unforgiving microphones.

“The Swan” was remade in 1956 with Grace Kelly in the lead, with Alec Guinness as the Prince she pursues, and Louis Jourdan as the lovelorn tutor who pursues her. We discussed “The Swan” here. Comparisons are inevitable and must make up the bulk of this post. I won’t go too deeply into the plot, as we’ve covered that in the previous post.

Most glaringly different is the absence of the sad and lovely speech the Prince makes comparing the Princess to a swan and reminding her, and us, of her responsibility to remain true to her birthright. Here, the Prince tricks the Princess into becoming his bride. She slaps on a cloche hat and they run off together in an automobile. An attempt to modernize the piece? 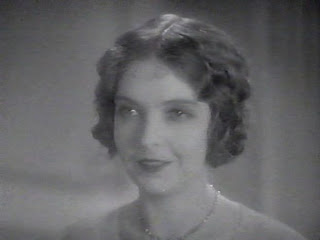 Lillian Gish, in her talkie debut, was in her middle 30s at the time of this film, but with her grace and beauty, this is not necessarily a detriment to playing a much younger character with regal poise. She looks every inch the princess. Her princess, however, is a warmer, more confident young woman than Grace Kelly’s princess, who was tortured by her own diffident angst. Interestingly, there are moments when Miss Gish actually sounds a great deal like Grace Kelly in her careful intonations of Ferenc Molnár’s lines (Maxwell Anderson adapted the script). Their voices sound quite similar. 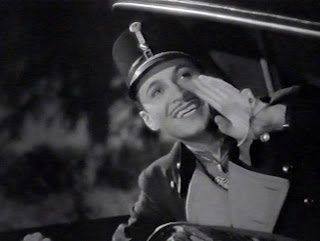 Rod La Rocque plays Prince Albert, who here is a much more caddish fellow than the Prince appeared in the 1956 remake. We meet him at a debauched soiree saying farewell to a line of girlfriends. Alec Guinness’s prince was reserved, a muddled fellow bumbling about in his own vague self-involvement. Both are struck with bouts of jealously and resentment, but La Rocque has less humor, less depth. At times he has more spark. He is a playboy. He also has one of the most grotesquely toothy grins one will ever find on film. 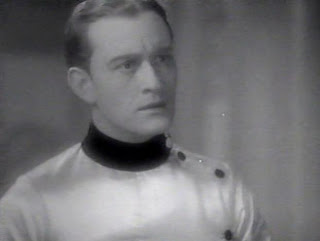 Conrad Nagel is very appealing as the love struck tutor who is wounded by the Prince’s sarcasm and the Princess’s pity. His deeper, modulated voice carries better than the other actors, and he seems to easily leave behind the silent film mannerisms that many carried into the sound age. 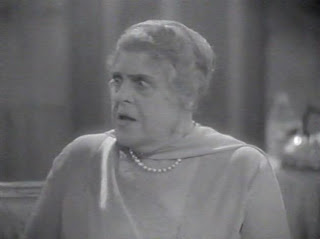 This would include Marie Dressler, who is the most animated of the group and raises the level of the ambitious mother to broad comedy. 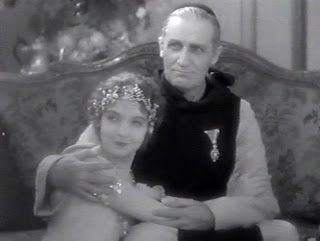 O.P. Heggie rounds out the principle cast as the friar uncle, confidant of many, and voice of reason. 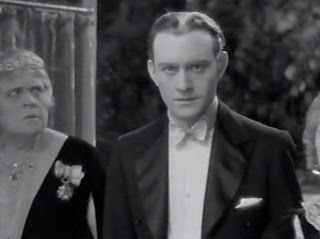 Reportedly there was creative conflict on the set between director Paul Stein and Miss Gish.  Some of the film's unevenness may be due to that.  Still, there are a few lovely framed shots of the rose garden, and a dramatic tracking shot while La Rocque and Lillian Gish are dancing. The camera watches Conrad Nagel, his beautiful dark eyes with their pained expression, watching them. 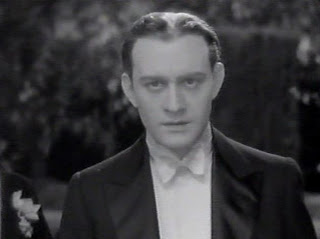 Overall, the film misses the wry, gentle humor of the 1956 version. Most of us might prefer the 1956 remake, which, far removed from both the Jazz Age and the transition into talkies, is free to indulge in a long-ago fairy tale world about a princess, ironically starring an actress who became a real princess as that film was released. 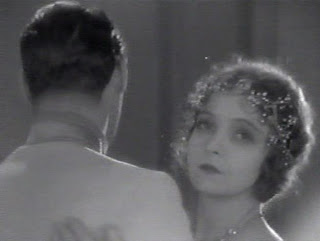 But the 1930 version was, itself, a remake. “The Swan” was first made as a silent movie in 1925 featuring Frances Howard as the Princess, Adolphe Menjou as the Prince, and Ricardo Cortez as the tutor. 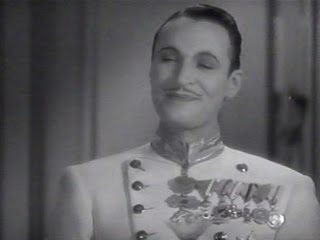 The obligatory stiffness of scenes in the first sound remake is likely less due to this being adapted from a stage play than it is due to the modern sound equipment. Mary Astor makes her typically astute observation on those transitional years of early sound when actors were made awkward. From Mary Astor - A Life on Film (NY: Delacorte Press, 1971):

“At that point in technical development, talkies were nothing but a poor imitation of theater itself. Silents were an entirely different medium. It was a way of telling a story -- images created the emotion -- a direct appeal…"

Talkies required more rigid camera setups: "Everything would have to be straight cuts, no fade-ins or fade-outs, no dissolves. All the fluid movement of the camera would be lost. It would be static, dull, tied to a microphone. You couldn’t go outdoors…

“Even in more intimate scenes, you could never speak while moving around. Of course, you could hide a microphone in things. It was only slightly smaller than a breadbox, but it could be done.” (pp 73-74). 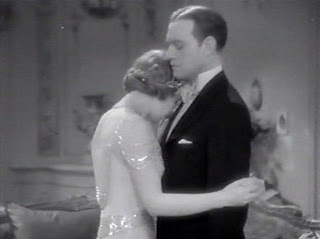 I think this passage can help us appreciate the stylistic choices of this film and give us a bit more understanding when it comes to appreciating what at times seems a very static movie.  The fairy tale was hobbled by the reality of the new technology.