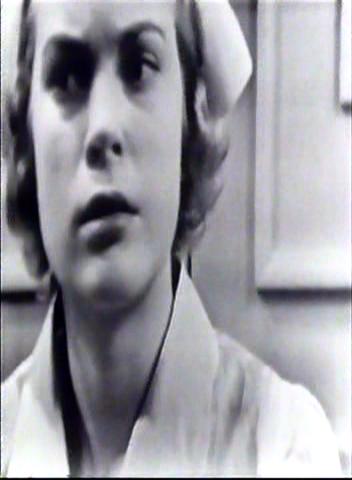 One recent evening, as part of its month-long salute to Grace Kelly, TCM showed two episodes of the 1950s television show “Studio One”, in which Grace Kelly appeared. They were shown in the wee hours, so unless one knew about them beforehand and set the recorder, I wonder how many people saw these hour-long shows. One must appreciate the impact these crudely technical shows made on the careers of future stars like Grace Kelly.

Miss Kelly was part of the new vanguard of actors, including Paul Newman, Anthony Perkins, James Dean, Lee Remick, Charles Bronson, who learned their trade on live (yes, that’s live) television before they went into films. “Studio One”, an anthology series where each episode was a different story, was only one of the groundbreaking new outlets for young talent. Other shows included “Conflict”, “Climax”, “Playhouse 90”, “Robert Montgomery Presents”, and a host of other shows, many produced in New York City at the time. 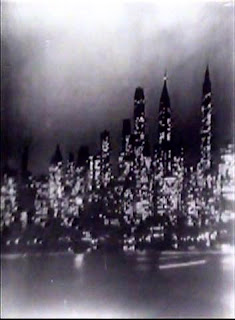 New York was the home of live television just as it had been the driving force of the theatre world, and TV shows in those early days of the 1950s were more like theatre than what they would later become when videotape and canned laughter were invented. We mentioned in this previous post about how some famous films had their start as single episodes of some of these television shows. In a similar vein, Grace Kelly’s 1956 film “The Swan” originated on live television as an episode of the show “The Actor’s Studio” in 1950, starring…Grace Kelly.

Many of these shows have been lost, many were simply broadcast once and never recorded, others, like the two “Studio One” episodes recently shown on TCM called “The Rockingham Tea Set” and “The Kill” were preserved on Kinescope. Few early shows were actually shot on film. Compare the quality of any episode you might have seen of “I Love Lucy”, which was shot on film and therefore is preserved in excellent quality, and any of the shows from the 1970s which were filmed on videotape. The ones from the 1970s are in comparison, fading in quality. (Though some series are now being digitally preserved on DVD.)

A few months ago a meme was traveling about the movie blogs in which bloggers listed books which had most influenced them as movie fans. My post on this was limited, as, though I’ve read many books on film, I could not directly answer the question on which had influenced me because I did not feel particularly influenced by any of them.

I never “discovered” old movies. They were always on in my home and I watched them from earliest memory. I was free from an early age to approach them from my own viewpoint (which usually involved a curiosity about what was happening in the world at the time the movie was made) and form my own opinions without really being influenced that much by critics.

Classic television, however (if we may use the term), was something I had to “discover”, as by the time I was growing up, old movies were being shown on television, but television was conspicuously ignoring its own separate heritage.

Though I could not list any particular books on film which influenced me, I can name at least one book on television that had a profound impact on me by opening up to me this whole world of shows which were produced in what now must be regarded by television executives as the Pleistocene epoch. (However, with the junkyard of “reality television” we experience today, I would say we’ve taken several steps backward. End of polite rant.)

The book which taught me a lot about the Golden Age of Television is How Sweet It Was by Arthur Shulman and Roger Youman (Bonanza Books, NY, 1966). Not just teeming with photos, but with brief paragraphs on each show, the good, the bad, and the entirely forgotten. 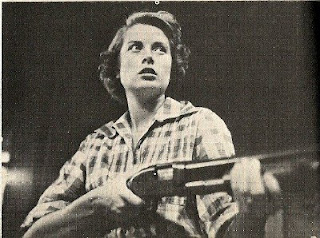 This photo is from the book, and is from the “Studio One” episode “The Kill” shown on TCM. The book captures the excitement of early television, the theatrical aspect to it, and is a well-documented and down-to-business tome, as well as a valentine, on the Golden Age of TV.

The two “Studio One” episodes likewise capture the excitement of live TV, in that they are very theatrical (in some aspects, rather bumbling like low-budget community theater) in nature. There were, quite obviously, severe technical limits on what the shows were able to do in their small studios. Sets were simple. There was usually only a two-camera setup. Close-ups, such as the photo of Grace Kelly at the beginning of this post, were often accomplished not by zooming in on an actor, but by the actor simply stepping closer towards the stationary camera. It’s cheesy, but I love it. 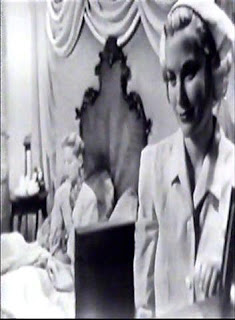 In “The Rockingham Tea Set”, Grace Kelly plays a nurse hired to care for a wealthy young invalid. She walks a tightrope navigating the moods of the manipulative and emotionally disturbed patient. In “The Kill”, she plays the wife of a man hunted like a dog by his neighbors. Both simple plots, simple dialogue, but dramatic and fun to watch for what television was able to do at the time and even for what it wasn’t able to do, and especially for the sublime pleasure to see Grace Kelly at 20 years old.

It has been noted by various biographers that during the shooting of her 1955 film “To Catch a Thief”, co-star Cary Grant was awed by Grace Kelly’s ability to deftly improvise a scene. She explained to him it was because of her early training in live television. 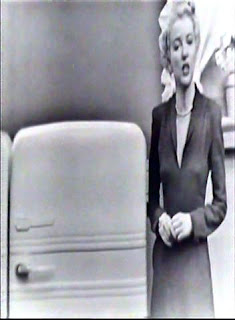 By the way, the original commercials for Westinghouse home appliances presented by Betty Furness are still included in the Studio One episodes, and they are as much fun, and as much an education, as looking through old magazine ads.

My hope is that TCM shows more of these live anthology shows from the 1950s which showcase that particular generation of actors who cut their teeth on them, and later came to have important careers in film. We have little other access to these shows, except for archives which are not easily available to most people. The Paley Center for Media in New York (and also Los Angeles) is an excellent museum in which visitors can view a collection of television broadcasts on private screens. But it’d be nice to be able to stay home and watch. On television.

For more information on early television have a look at these two great blogs: Television Obscurities, and The Classic TV History Blog. For more on the Paley Center for Media, have a look at this website.
Posted by Jacqueline T. Lynch at 7:39 AM

I re-discovered we're kindred spirits when I read the part of this post in which you describe growing up with old movies playing on TV. I too grew into a classic film fan through direct experience and wasn't led there by critics. Some blogs are filled with debates about various critics and their theories but I can't be bothered (though I admit I have been led to watch many a film solely because it is in the canon). When I read your posts I get the feeling that you're working out meaning for yourself, establishing context, putting your own experiences into words rather than reacting to what someone else has written; I like and value that about your blog.

Thank you so much, Thom, may I say that yours is an opinion I respect, and you've put it more eloquently than I have.

It is interesting, though, how people become fans of old movies. I've noticed through following other blogs and reading comments that there is no single common denominator. People from different walks of life, political viewpoints, old and young meet with remarkable congeniality, but still through their own fast-held perspectives.

It's a fun dynamic to watch one blogger address a film based on well-established critical interpretation, and another blogger, perhaps of college age who is in the first flush of rapture at a newly discovered experience, talk about the same movie through fashions and the attractiveness of the iconic star. Whose opinion is more valid? Both. That's what I like about discussion about old movies. One person's take is as good as another.

I do feel we are kindred spirits in many respects, Thom.