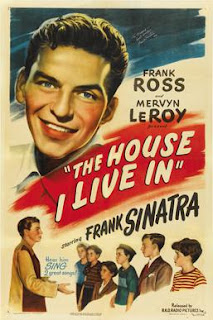 My latest book is a collection of essays from this blog on how the film industry tackled the subject of fascism.

President Franklin D. Roosevelt’s remark in 1936 memorialized, even when they were still just teenagers, the generation that would later be called The Greatest Generation: “There is a mysterious cycle in human events. To some generations much is given. Of other generations much is expected. This generation of Americans has a rendezvous with destiny.”

There were many hurdles and many adventures in the lifespan of these individuals, including the Great Depression, wars, Cold War, and often bewildering changes in society that always seemed to come too quickly and followed by more. The chief horror of the twentieth century, that century to which they were born and only a small number outlived, was fascism.

The Greatest Generation received instruction, inspiration, and, of course, entertainment from a source that affected them perhaps more than even the generations to follow, who grew up with greater technology: the movies.

This book is a collection of essays adapted from this blog which strives to examine classic films in the context of the eras in which they were made. The movies of the day tell us a lot about that generation, what was expected of them, what they hoped to achieve, and how they saw themselves. It is not a perfect measuring stick, but the movies of the day show a passion for fighting fascism by everyday people that may shame their twenty-first century descendants.  Or at least, it should.

I invite you to join my  beta readers squad and get a free eBook before publication.  (Please consider leaving a review on Amazon - but this is not required, and any review must be your honest opinion.)

Posted by Jacqueline T. Lynch at 8:12 AM

An important message and history to relate. Well done!

Thank you, Paddy. Sometimes you just have to face the elephant in the room.