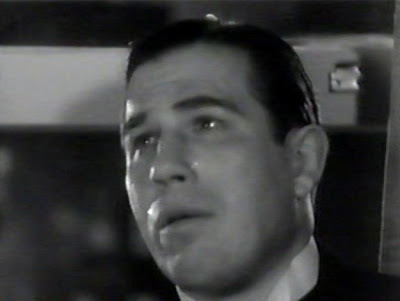 Sing and Like It (1934) is one of the best examples of parody in an era probably remembered more for melodrama, serious social commentary, gangster flicks, and the beginning of the Production Code. A few Busby Berkeley chorus numbers may have turned our heads with either suggestiveness or silliness, but most movies of the day were products of an industry that took itself pretty seriously. In Sing and Like It, we see a movie of unexpected sophistication in the way it gently mocks the movies’ most treasured lead characters. 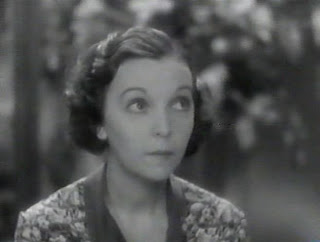 The wonderful ZaSu Pitts heads the cast of players all who parody some type or other.  Directed by William A. Seiter, the movie blends a gangster theme with the world of theater, tackled with tongue-in-cheek silliness. It is not the kind of very demonstrative humor that tries too hard to be funny, not screwball or slapstick (although there are some elements of this as well). It’s wry rather than witty, personified in the way ZaSu Pitts plays her role, Annie Snodgrass, a bank teller who, after work is the leading lady of the Union Bank Little Theater Players.

She of the Olive Oyl demeanor takes herself utterly seriously. She casts her large eyes to the heavens, wrings her fluttery hands, and declares her passion for the art of acting.

“No woman that has known the triumph that I knew when I played Lady Windermere’s Fan in the Fall River High School Senior Play can ever get theatre out of her blood.”

First of all, what a choice for a high school play. 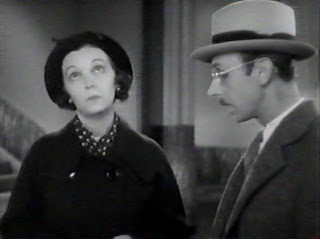 ZaSu is self-absorbed in a way that is more serene than obnoxious. No one can puncture her dream world or rattle her self confidence. She is sweet, and pathetic, blissfully unaware of how untalented she is, and we love her for it, perhaps even envying her peace of mind.

John Qualen, that terrific character actor we once discussed here, plays her shy, but devoted fiancé. He wants to take her away from the sordidness of life as an actress in the Union Bank Little Theater Players (I love that name). He plans a quiet life growing tomatoes.

But, she must see her dream through, first. She gets help from an unlikely source. 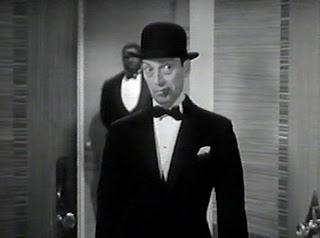 Nat Pendleton plays a mobster, who is about to rob the said Union Bank with his gang, which includes the cigar-chomping sarcastic Ned Sparks. Sparks also serves as Pendleton’s interpreter when the less than eloquent mob boss needs an explanation. “He says ‘Nerts!’” 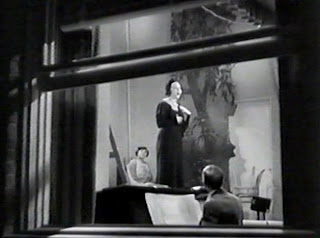 Just as they are about to blow the vault in the bank, they hear rehearsal going on, and ZaSu singing her song about mother love. She gives it her all in that anemic manner (and sings the song several times in the movie, so you’ll have it down pat by the end).

Pendleton listens, and tears form in his eyes and roll down his mobster cheeks. Da song is jus’ be-oo-ti-ful.

He decides the world must hear this voice and this song. He threatens theatrical producer Edward Everett Horton to put ZaSu in the lead of his newest production. Or else. 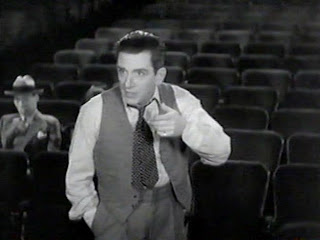 Mr. Horton is not his usual squirming, befuddled and helpless creature here. He’s fed up, angry, and barks at people. He is used to being in control. A theatrical producer with numerous photos of stars on his office wall, but a photo of himself on his desk. 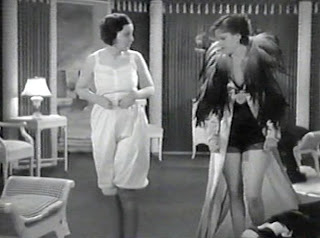 Meanwhile, Pendleton’s moll, played by Pert Kelton, also has designs on the stage, but he refuses to allow her a career. He places ZaSu in her care, and the jealous Miss Kelton would like to scratch her eyes out for getting the opportunity she wants.

If you’ve only seen an older Pert Kelton in The Music Man (1962) as the Widow Paroo, tossing around her lusty Irish accent while little lisping Ronny Howard spits at her, you may find her sexy, other-side-of-the-tracks routine here as quite a shock. And funny as heck.

She tosses verbal hand grenades to ZaSu, but is ineffectual against the protective wall of ZaSu’s own marvelous stupidity. ZaSu imagines that Pert is jealous of her beauty and talent, fearful of having the gangster boyfriend lured away. ZaSu is a parody of the worldly actress. 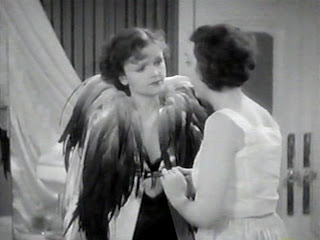 “If I were an ordinary woman, I wouldn’t come between you, but I am an actress and I must…I’ll try not to lead him so far away that he cannot find his way home. Try not to hate me too much.”

Pert sees the only way to communicate with ZaSu is to join her in her fantasyland. She delivers the capitulation ZaSu expects in a flat voice and a kind of sarcasm ZaSu will never understand, “You’re a voluptuous siren and an artist, but deep underneath somewhere, I know there’s a good woman. Yes, Annie, I understand.”

This movie must have been such fun to do. There are a lot of very wry, funny lines, a little racy here and there, and bits of business, that it takes at least a couple of viewings to catch it all.

Pert Kelton gets herself appointed ZaSu’s understudy, and of course tries to do her in, finally resulting to kidnapping. John Qualen is a faithful, stubborn swain, and Pendleton has a heart underneath the gun in his inside coat pocket. 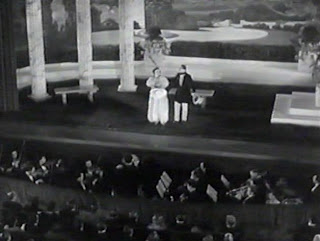 To ensure his leading lady is a success (in a play that has been rewritten by one of his goons who thinks he’s funny), Pendleton has his boys threaten the town’s leading theatre critic with a gun during the performance, making him laugh in all the right places. 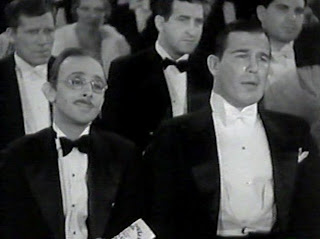 Except for ZaSu’s mother song, which leaves the gangster sobbing once again. 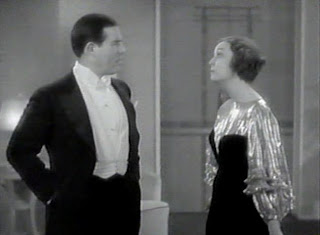 When the performance is over and ZaSu is the toast of the town, she feels obligated to the gangster, and as perfunctorily as if she were paying a bill announces to the mobster, “Come take me, I am yours.”

He is shocked in a rather Puritan, un-gangster-like way. “I ain’t that kind of heel. What I done was for art!”

Some cute bits include Pendleton’s complaining of Pert Kelton always chewing gum and leaving her old gum stuck all over the place. Once she kisses him and he is startled to find her gum transferred to his mouth. At the end of the film when he makes up with her (after a couple of un-PC but very funny black eyes he has given her), he takes out a stick of gum, breaks it in half for them to share. He pops hers into her mouth. 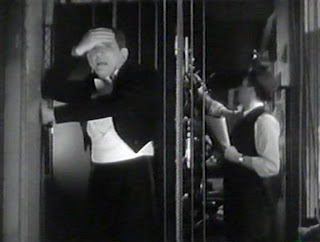 They’re all having fun with “types,” teasing the way the movie industry usually presented these types. Good parody always has a ring of truth to it.

It is purely a matter of coincidence, I’m sure, that Miss Pitts’ character’s home town of Fall River (Massachusetts), established its own little theater two years after this movie was made, in 1936. The Little Theater of Fall River is still going strong, even without the help of ZaSu’s warbling of “Your Mother”.
Posted by Jacqueline T. Lynch at 8:19 AM

Jacqueline, it sounds like you have unearthed a real treasure. The "types" in movies, in theatre, and in life are always ripe for ribbing. Life is pretty bleak if we can't laugh at ourselves.

I've come to realize lately how many dandy flicks were directed by Seiter - "Sons of the Desert", "Diplomaniacs", "The Lady Wants Mink", "Roberta" and "Dimples" among them.

Good point about Seiter's other work - I didn't know he did "Sons of the Desert". I'd like to have a look (or second look) at more of his films.

There's really a lot of funny lines in this one that come quick. The plot is simple, it's all the decoration that's funny.

This sounds like a hoot. Zasu Pitts is always great.

This sounds like a blast. I have to second what Caftan Woman said about William A. Seiter. I like a lot of his films too. I'll be on the lookout for this one.

I wouldn't have recognized the young Pert Kelton in a million years.

You said it, Kim. She was great.

Kevin, I was really taken by how well the supporting cast did - it was really an ensemble piece. Very impressed by Nat Pendleton as the gangster falling to pieces as Zasu sings "Your Mother" with a copy of the painting known as "Whistler's Mother" beside her.