Mary Field - What a Character! blogathon 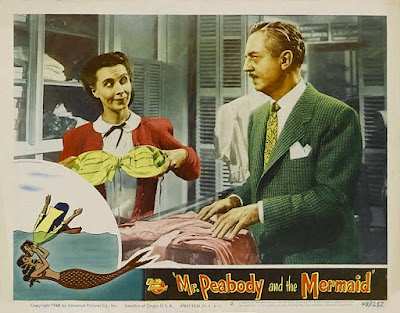 Mary Field was a very good actress, with the ability to command a scene and entirely lose herself in a character, yet most of the roles she played were brief, uncredited, and leaves one wondering what her career might have been like had the Hollywood caste system not been so rigid. 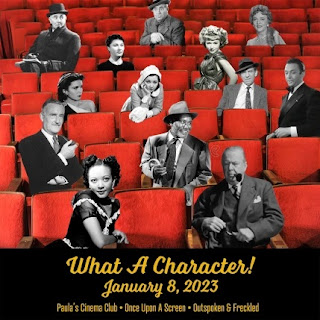 This post is part of the11th Annual What a Character! blogathon, hosted by Paula of Paula’s Cinema Club and @Paula_Guthat, Kellee of Outspoken & Freckled and @Irishjayhawk66, and Aurora of Once Upon a Screen and @CitizenScreen.  Have a look here at the other great blogs on the roster.

Mary Field appeared in over 100 films, along with several television appearances in a career spanning 46 years before her retirement in 1963 at 54.  Many of her roles were spinster types: maids, shop clerks, librarians; many were comic, some were poignant, but all were unique individuals. 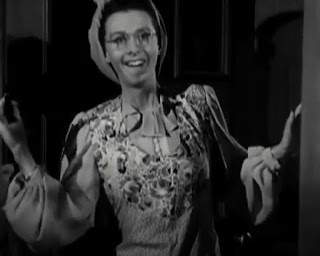 The comic man-chasing spinster in The Great Gildersleeve (1942) who made Gildy’s life a wreck is unrecognizable from the quiet, concerned adoptive mother who brings her little Dutch-speaking orphan to see Santa Claus in a moving scene in Miracle on 34th Street (1947).  You would not know they were the same actress.  Unlike many character actors, I think she is less recognizable because of her ability to play nuanced roles. 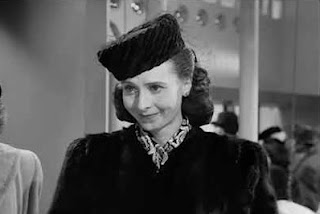 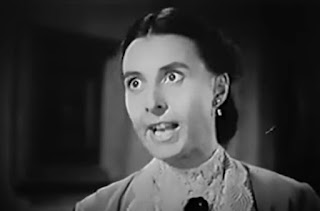 Mary Field was what was called a day worker, someone reliable to plug into a small role at short notice, but seemingly stuck in that particular orbit of studio system hirelings.  Many struggling actors would be, and were, grateful for a toehold in the industry, but most would find that it also meant a dead end of not reaching supporting player status on a studio’s roster, let alone stardom.

Yet Mary Field, I think, had the ability, much like Lionel Barrymore, to be a character actor-star. 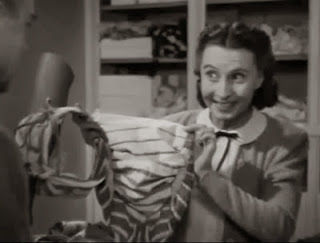 My favorite role, so far, is her turn as the shop clerk in a women’s clothing store in Mr. Peabody and the Mermaid (1948) which we covered here.  I’ll quote from that essay:

The funniest scene in the movie is when Mr. Powell heads to a women’s clothing store in town to purchase some sort of top for his mermaid.  His befuddled awkwardness sets the stage for a terrific scene, and he plays the straight man for Mary Field, whom you’ve probably seen uncredited in a zillion movie walk-on parts.  Here she gets a good role as the primly officious clerk, who delights in her soliloquy sales pitches to the uncomfortable Mr. Powell.  She sounds like a Banana Republic or J Peterman catalog description gone amuck.

She displays a sweater, “Light as a whisper, gay as a sunbeam, wearing it will be an emotional adventure spangled with the moon glow of twilight.”

Mr. Powell replies, “Would you be good enough to tell me something?”

Mr. Powell: “Whatever became of blue?”

She finds he is going to be trouble, especially when he wants to know if someone can swim in her sweaters.

“May I ask is the young lady’s prejudice against swimming in a swimming suit quite deep-seated?”  (One of my all-time favorite lines.  I just love her.  In a way, her intonation and enunciation reminds me of a reformed Eliza Doolittle when she is carefully trying to explain to Freddy Eynsford-Hill that, “Them she lived with would have killed her for a hat-pin, let alone a hat.”  Her careful stroking of the difficult language as if to tame it.)

Mr. Powell just realizes he could buy his mermaid a two-piece swimsuit instead of a sweater and she could just wear the top part.  But Miss Field, Saleswoman of the Year, insists they do not sell half of a bathing suit.  She holds one up, “The diaper model.  Provocative, n'est–ce pas?”  (She’s straight-faced, slam-dunk hysterical.) 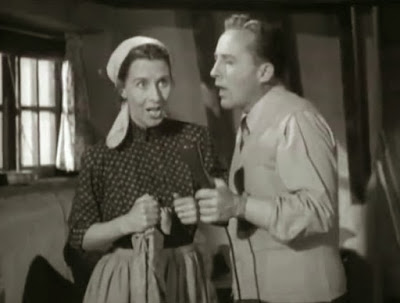 Here in Top o’ the Morning (1949), she plays a chambermaid who gets to sing a line or two with Bing Crosby.  She played against the greats, and held her own.

Miss Field’s personal life was something of an enigma.  Reportedly, she was a foundling left outside the doors of a church as a baby.  She was adopted, and went to school in Westchester, New York.  In her late 20s she went to Hollywood.  Perhaps there was some stage work in the interim, but I don’t know.  She married, had children, and evidently, was satisfied in middle age to leave her acting career.

Hat's off to the day workers, and to Mary Field, who deserved more screen time and a higher notch in the caste system (and the cast).

Check out the other great characters actors being paid tribute in this 11th Annual What a Character! blogathon here.

Jacqueline T. Lynch is the author of Ann Blyth: Actress. Singer. Star. and Movies in Our Time - Hollywood Mirrors and Mimics the Twentieth Century and Hollywood Fights Fascism.  Her latest book is Christmas in Classic Films. TO JOIN HER READERS' GROUP - follow this link for a free book as a thank-you for joining.

Posted by Jacqueline T. Lynch at 9:05 AM

I know close to nothing on Mary Field but as I read your post I have seen her in a lot. You're absolutely right, she has broken my heart and made me laugh heartily. Thank you so much for spotlighting er this year. I must pay closer attention.

I enjoyed your post, Jacqueline, and what a great choice! I didn't realize how many movies I'd seen that Mary Field was in. She's one of the few performers whose face I know well, but I never knew her name. My favorite Mary Field role was Marny in Out of the Past -- she had such a small part, but she's so memorable!

Thanks Aurora and Karen! I'm so glad Mary Field has her fans and that her work is being noticed by more classic film buffs. This is such a great blogathon!

Great post. I didn't think I knew who she was, but after reading your post and looking her up, well it seems we are quite well acquainted! And I agree - hats off to the day workers. They always show up and are ready to roll.

I didn't recognize her name at all, but as I read your post I felt a bit embarrassed that I'd seen Mary in a few roles and didn't know she was the same person. Sheesh!

Mary Field was so marvellous in everything she did, not matter how briefly she was on screen. So many character actors had types of characters they played--Charles Lane was always no nonsense bureaucrats, Hans Conried played a lot of intellectual types--but Mary Field didn't seem to have a type at all. Such a wide variety in her roles!

Thanks Flick Chick, Ruth, and Terence!

I agree that Mary Field had a chameleon quality such that we might not be sure it's her sometimes. And yes, many character actors -- such as my beloved Charles Lane, made a career of the types they'd become known for, but Mary Field played a variety of roles to an unusual degree in that era.

How interesting! I've only seen Mary Field (that I know of) in "Miracle on 34th Street," but now I'll have to look for her elsewhere too.

Welcome, Rebecca! Yes, it's fun to pick out Mary Field in her films. It's not always easy because of her skill at not always playing the same persona, but a joy to watch.