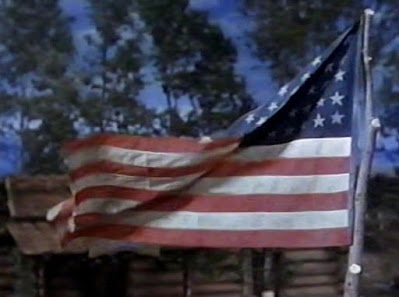 The blog goes dark today in observation of the fascist insurrection that is, to be realistic, not over.  The dirty rabble that desecrated the Capitol Building are a dramatic visual for the television cameras, but they are the least of our worries. Traitors need to be rooted out in government as well as law enforcement, perhaps also the military, as the unfortunate thug who was shot and killed had been an Air Force veteran. For her to betray her oath to the Constitution, something other than duty and honor was clearly more appealing to her. There must investigations, certainly.  But there must also be trial and punishment on a scale such that our allies and enemies alike will know that democracy is still safe in our hands and we can be trusted to defend it.
At one point, one traitor climbed the building and removed an American flag, replacing it with a "Trump" flag. A fascist is not loyal to his country, but to his dictator.
Let's not allow that to ever happen again.
Posted by Jacqueline T. Lynch at 8:35 AM

The attempted coup south of the border is something I never thought to see. It has put me on edge, but also on guard. Canadians must not complacently think "It can't happen here."

Yes. Admittedly, the attitude of self-superiority with which we have claimed ourselves for so long as a bastion of democracy has been shaken, and we are disgraced and is still threatened. No longer need we wonder about how could fascism take root in other countries, what is wrong with those people - because we are just as susceptible to that evil. There are people in every nation for whom fascism is very appealing. We must all stand guard, be watchful, and have the integrity and the guts to say - no you don't. Not here.