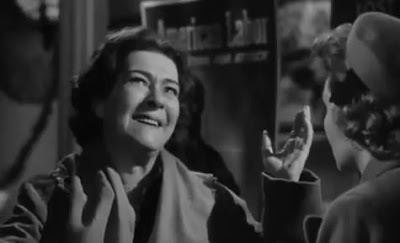 When I think of movies that are most comforting to me in times of turmoil, I think of World War II-era “home front” films. They are not rollicking comedies or fantasy-inspired musicals that serve to take one’s mind off troubles in a way that completely removes the viewer from the present real-life world; however, to me they are deeply comforting. 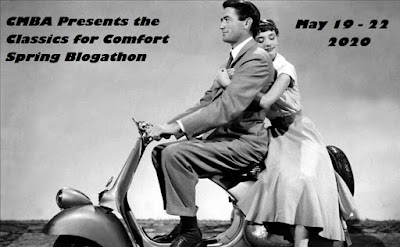 This is our entry in the Classic Movie Blog Association blogathon: Classics for Comfort.  For more on the posts of other great movie blogs, have a look here at the roster.  The task is to pick five films to soothe and comfort in these challenging days of the COVID-19 quarantine.

The five films I’ve chosen are:

What appeals to me in terms of messages of comfort is that each of these films deals with problems that are realistic, the audiences could identify with the problems even if they did not experience each one, and the solutions to the problems did not require luck or a deus ex machina device. The “happy ending” was one usually not of triumph or gleeful surprise, but of humble hope. The heroes were everyday people who displayed moral courage, were tested, and came through by the strength of their character.

Such attributes, and stories, are needed now. 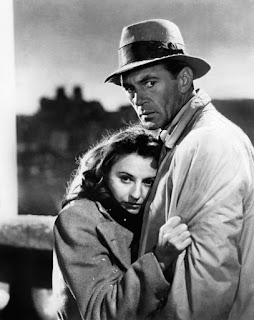 Every movie needs a villain. In Meet John Doe, which I covered here in this post, the villain was American fascism, in the persona of Edward Arnold, a media mogul who sought political power. 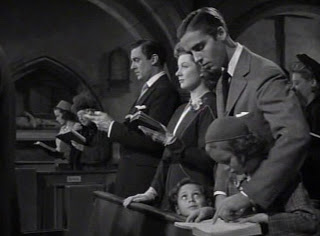 In Mrs. Miniver, covered in this post, the enemy was foreign fascism and the Nazi threat during the Battle of Britain. Keeping Calm and Carrying On was only one aspect of bravery displayed in this movie. There are so many charming touches that are like love letters to the world they were leaving behind but hoped to preserve. 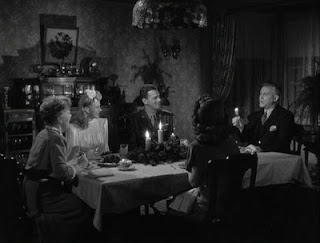 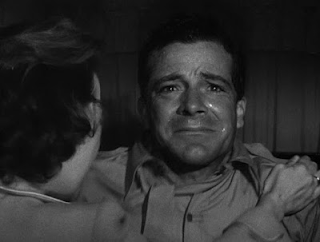 The Best Years of Our Lives, covered here in this post, shows what happened to the weary conquerors of fascism when they straggled back home to a now unfamiliar homeland and the anxious and equally weary people who were waiting for them.

Though I imagine many film fans prefer those rollicking comedies and fantasy musicals as a way to relieve tension, I find those movies more appealing when I am in a lighter mood to begin with and not thinking of troubles.  It takes a certain toughness for Buster Keaton to avoid those oncoming trains and falling houses, and for Laurel and Hardy to execute even the simplest of tasks.  I need to be in a tough frame of mind just to endure their failures.  It takes a sharp wit to appreciate the mental agility of the screwball comedies with their verbal fireworks: the Marx Brothers, Hildy Johnson, and Carole Lombard and her butler all require one to be on the top of her game to keep up with them.

The musicals are pretty, frothy, and certainly escapist, but when I am pondering the troubles of the world, I find it unsatisfying for the girl to discover the bus boy she loves is really a millionaire.  I enjoy musicals, but more so when my troubles can be solved easily. 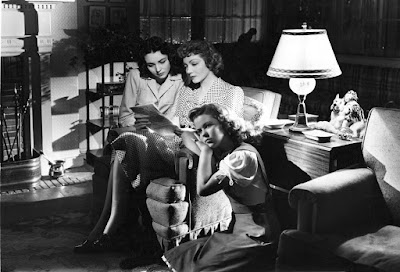 It is the home front dramas that appeal for their down-to-earth messages of decency, courage, and hope that bring me through the worst of times.  But for those who crave pure escapism, these films are also, according to today’s gritty standards, escapist.  All of these movies show a society that though is in some respects, fractured, nevertheless the decent people who survive their struggles in the end represent the best of our society as it was.  The bad people were the fascists, the Nazis, and the people who admired them.  The bad people were the hoarders, the selfish, the crass, the foolish, the ones who were willing to sell out American democratic ideals for personal gain. The bad people were depicted as repugnant, and the message of country and fellow citizen over self was accepted by audiences.  Is this not escapist?  Obviously, the times in which we live now in the United States would not have ever been tolerated by the World War II-era audiences.  The times in which we live now, where childish fools refuse to wear a mask to protect others; where childish fascist thugs threaten the public with military assault rifles and parade through someone’s hometown streets, and government buildings, without being arrested; and a fascist in the White House backed by his controlled Senate would have been the greatest fear of The Greatest Generation.

So I watch the home front movies, and I am soothed and comforted in a fantasy world of wholesome, homespun courage and grace, and remember a time when patriotism meant sacrifice – like the sacrifice of medical personnel and essential workers today – and hope for a better day.

Jacqueline T. Lynch is the author of Ann Blyth: Actress. Singer. Star. and Memories in Our Time - Hollywood Mirrors and Mimics the Twentieth Century. Her newspaper column on classic films, Silver Screen, Golden Memories is syndicated nationally.
Posted by Jacqueline T. Lynch at 9:02 AM

Email ThisBlogThis!Share to TwitterShare to FacebookShare to Pinterest
Labels: blogathon, I'll Be Seeing You, Meet John Doe, Mrs. Miniver, Since You Went Away, The Best Years of Our Lives

Great picks. The Best Years of Our Lives is a masterpiece.

Watching the news and seeing the unthinking greed on display from politicians and some members of the public has made me angry and sad. Escaping to a time when people did their bit, perhaps grumbling while they did, but carrying on for the greater good sounds like just the antidote. Thanks so much for the reminder of these examples.

Laurel and Hardy - simplest tasks above them. Thanks for the giggle as well.

John, I agree, BEST YEARS is a masterpiece.

Paddy, there have been times of despair, sadness and grief where if I saw Laurel or Hardy fall off a ladder I might bust out sobbing. You need to be tough to enjoy that rough and tumble humor, and I enjoy it more when I'm already in a good mood and feel like I can conquer the world.

Thank you so much for highlighting these films. I want to believe that there is still such spirit and moral character!

So extrapolating your logic... does this mean when aliens invade the planet, we will find you in front of the TV watching "War of the Worlds"?

"War of the Worlds" was truly a movie for our time. Remember, the aliens were defeated by a virus. If they ever do invade, I'm going to take off my mask and cough on them. Unless they're nice aliens, then I'll invite them in to watch Laurel and Hardy with me.

Excellent choices all. And I appreciate the approach you took. There is something of the quiet heroism in "homefront" movies that always comforts.

I like what you said about society being depicted as somewhat fractured in these films, and the characters as decent folk who struggle to make the world a little better place. I have always found these films in particular to be inspiring.

Thanks for these marvellous, thought-provoking choices.

Thank you, ladies. It's heartening to know these lovely films have such fans.

I definitely understand your approach. Meet John Doe and The Best Years of Our Lives in particular are so moving...and yes, it's good to see decent people struggling and doing the right thing.

Welcome! I imagine that sort of yearning for decency brings a lot of fans to classic films. Except for the Pre-Code films; there the indecent has an irresistible attraction.

Thank you. I'm glad to know so many others are familiar with them.