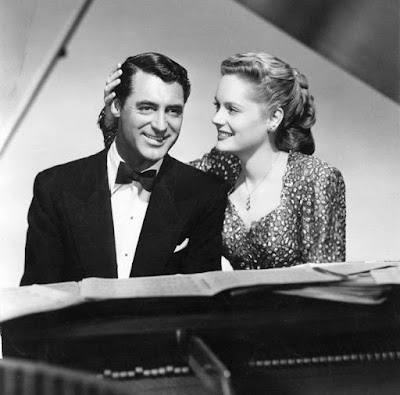 Night and Day (1946) and De-Lovely (2004), both about the life and career of Cole Porter, are equally entertaining and equally artificial.


This is the last entry in our series in musicals about composers.  Cole Porter was a difficult subject to tackle for these films, but not solely because of the subject of his homosexuality – which was not explicitly discussed in Nightand Day – but because Cole Porter was a complex individual who, maybe more than other composers and lyricists we’ve discussed in the series, really was his music.


Unlike the other composers we’ve covered, he wrote both the music and the lyrics to his songs – wickedly clever and complex, so intricately and perfectly joined.  It was a perfect marriage.  But both movies dwelled more on his other marriage. 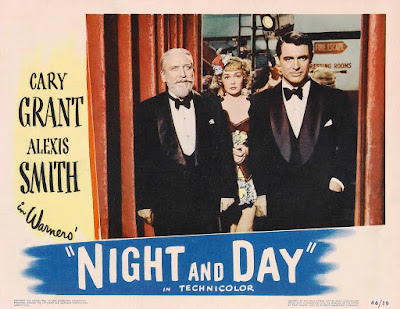 Night and Day, directed by Michael Curtiz, stars Cary Grant as Cole Porter, and Alexis Smith as Linda Lee, his wife.  Monty Woolley, who was a lifelong friend, played himself, as does Mary Martin.  Others presenting songs but playing fictional characters are Jane Wyman, Ginny Simms, and Eve Arden.  Early scenes in the film depicting how Cole and Linda met and their World War I adventures are fictional. Cole's leading cheers at Yale is not as spurious as we might think – he was very prolific in his music in college and did create fighting songs still used at Yale today.
The musical numbers are staged in a style of the 1940s – leisurely, lavish, and glamorous.  There is much visually in the movie to appeal to the eye, most especially leads Cary Grant and Alexis Smith.  Linda is supportive of his career and encouraging, but eventually feels neglected when his work pulls him away from her.  There is a strange aloofness in Grant’s portraying of Cole – which may be a veiled intention to refer to his homosexuality.  It’s a line this 1946 film is obviously not going to cross. 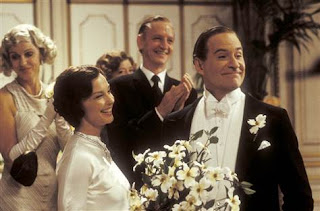 De-Lovely deals with that subject in a very warm and gentle way.  Cole’s liaisons with men are a drain on his marriage when Linda, who otherwise accepts Cole for who he is, feels he is being too indiscreet, but this film is frank about their love for each other as much as about his extramarital liaisons.  Cole and Linda genuinely are devoted to each other; to dismiss her as only a marriage of convenience is to not do justice to their real and enduring bond.  (The exact nature of their sexual relations is illustrated by suggesting they have at least occasionally shared a bed and that Linda has become pregnant after they decide they would like to start a family; she afterwards suffers a miscarriage.) 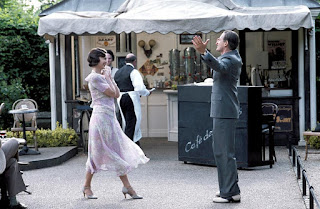 Cole here is not aloof and strangely cold as was Cary Grant, but he is often so immersed what interests him that he displays only the most fleeting sensitivity for others: his liaisons are demonstrated as casual brief encounters with male prostitutes arranged for him by friends – not loving relationships. There appears to be little feeling behind his appetites, even his music is presented less as a passion and more as another hedonistic urge.


Perhaps this is the difficulty at the root of presenting the life and work of Cole Porter on film; and both movies dance around it.


Kevin Kline plays Cole and Ashley Judd plays Linda in De-Lovely.  Kline is playful, boyish, much warmer than Grant, but neither actor actually looks anything like Cole Porter.


Pop singers perform the Porter hits: Robbie Williams, Elvis Costello, Alanis Morrissette, John Barrowman, Sheryl Crow, Diana Krall, and Natalie Cole among them. None of the singers perform in the style of the 1940s, though Krall as a jazz singer and Natalie Cole as an interpreter of the American Songbook have a leg up on the others.  The songs are presented in a kaleidoscope of images always shifting, always moving, somewhat off-kilter – as the movie is actually a kind of dream sequence – as Cole Porter looks back on his life in the form of a musical. We do not hear most of the songs in their entirety, which is a shame, but the use of the songs within the framework of the narrative is so creative that it doesn’t seem distracting to have this modern style interpretation.  If anything, it may bring a younger generation to appreciate Cole Porter’s music.  (Although director Irwin Winkler does use an Ethel Merman impersonator for “Anything Goes.”) 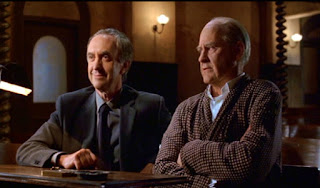 Jonathan Pryce, who plays Gabe, or the Angel Gabriel, ushers Cole Porter through his personal life musical and also launches the cast in an exuberant “Blow, Gabriel, Blow” as a finale.  This and the whimsical number on the movie studio lot featuring, among others, Louis B. Mayer singing and dancing to “Be a Clown” are entirely fanciful and do not match the “realism” of the other musical performances. 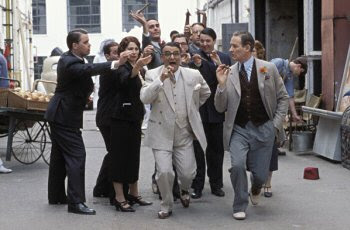 In De-Lovely, Linda and Cole meet in Paris in the 1920s, which is true, and their exploration on how far Cole’s music, his “promise” will take them brings us to Broadway and Hollywood, and the tragedies of Cole’s crippling horse riding accident, as well as Linda’s illness and death from emphysema.


Perhaps the greatest similarity between the films is the several cigarette cases Linda gives Cole one for each of his new shows, with an appropriately themed design engraved, and also the fact that his equestrian accident nearly killed him and left him physically handicapped for the rest of his life.


De-Lovely gets closer to the mark depicting the terrible toll the accident took on him, when both his legs were crushed, but neither film explores the decades-long pain, suffering, multiple operations, eventual amputation in so far as what it was like for a man who created lighthearted, playful lyrics, who seems to take nothing seriously – to still be able to create, as he did, under terrible circumstances. It was after he lost Linda that most of his music and his delight in life left him.  He ended his days as a recluse.


Neither film covers more than but a handful of his songs. 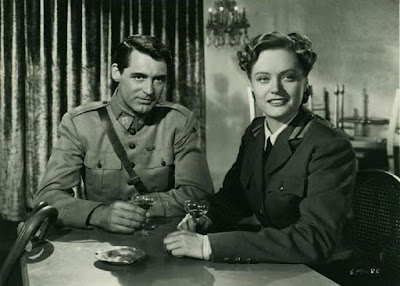 De-Lovely acknowledges Night and Day with a brief clip which Cole and Linda watch in a Hollywood studio projection room – without much enthusiasm.  We are shown the final scene when Cary Grant as Cole, stiffly walking on crutches, reunites with Linda, played by Alexis Smith, at a celebration of his work. Radiant Alexis rushes towards him.  He mechanically puts his arms around her, but stares over her shoulder with an enigmatic, almost grim expression.


“Why on earth does Linda come back to Cole anyway?” she asks.


“We should be grateful to them.  They found us a happy ending.”


But Cary doesn’t really look happy in that scene; it is a most unromantic ending.


De-Lovely concludes with Cole and Linda, elegant and young again, reunited in the hereafter as darkness falls over the city out the window of their apartment and the gentle strains of “In the Still of the Night” wash over them. 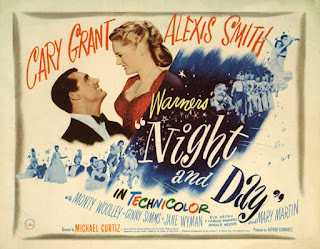 Which film is more true?  They both are true, and they both are fictional, and I like each for what it is.  I do not regard De-Lovely as a replacement for Nightand Day, it is just a revisiting of the story.


During this series about musicals we’ve discussed the sometimes fractious collaboration of a composer and lyricist.  Here we have both in one man.  He was delightfully, impossibly, maybe tragically schizoid, and neither film comes close to exploring or explaining his genius.  It was too private and too personal and beyond description.
***


Next week, I’d like to share a few thoughts on the series Feud and how modern filmmakers and a modern audience look back on the relationship between Bette Davis and Joan Crawford.
***


Other entries in our series on musicals about composers are here: 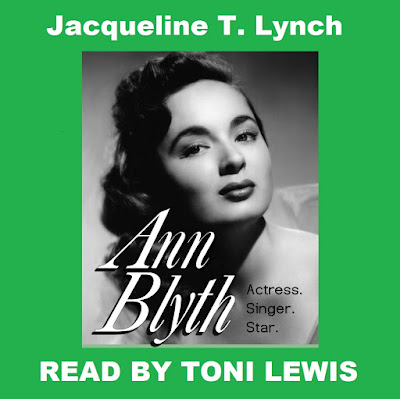 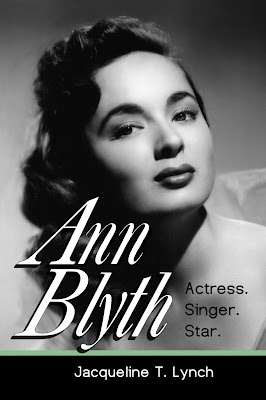 Posted by Jacqueline T. Lynch at 7:59 AM

I recall upon the release of De-Lovely how disappointed I was with the pop singers attempts at Porter's music. While, as you say, Krall and Cole "got it", the others of the younger generation seem not to grasp how to interpret his sophistication. There really is a divide. In singing Porter, you should be able to throw yourself into those lyrics imagining that it is you, and not the composer, who is the smartest person in the room.

I love this: "In singing Porter, you should be able to throw yourself into those lyrics imagining that it is you, and not the composer, who is the smartest person in the room." As usual, you nail it, CW.

I'm not really fond of either of these films, Jacqueline. I think the ultimate Cole Porter bio/film still needs to be made. But I don't think anyone today (outside of us, obviously) would know know to go about 'getting' the thing done right. Most 'modern day' actors wouldn't know what to do with sophistication if it bit them on the nose. At any rate, I copped out of DELOVELY after about a half hour or so. (And I normally love Kevin Kline) :( But I bow to your movie smarts, Jacqueline. Another terrific post.

Thanks, Yvette. Most people prefer one or the other, but I can see your point that the ultimate Cole Porter film may still be waiting to be made. If it can be done. I do think it will require leaning more on his music and his lyrics than on his private life, because you just can't fit everything in and one or the other or both, is always sacrificed.