Jane Wyatt - Time Flies with Four Films in a Row 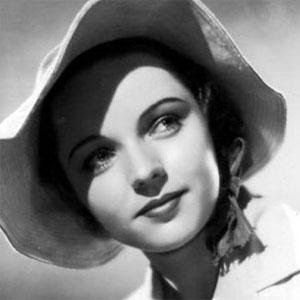 Jane Wyatt had an acting career that spanned over sixty years, from about 1930 in the early days of the Great Depression when she was a college girl-turned-summer stock-apprentice (at the Berkshire Playhouse, I’m pleased to say, in western Massachusetts, my neck of the woods.  They’re still with us and they still do great work, one of the treats of the New England summer.)—to when she capped it off with her final television sitcom guest appearance in the early nineties, at about seventy-two years old.

One of the features of Turner Classic Movies that I especially love is those days when they program several films of one star—but particularly when they show the films in chronological order.  This allows us to see the development of a career, and in the context of the eras in which the different films were made.  The star is a youngster in the morning, and by late afternoon when we're starting supper, he or she might be entering middle age and is now an old friend whom we know very well because we've seen so many sides to this person.

Not too long ago TCM showed a day of Jane Wyatt films.    Four in a row, for example, began with We’re Only Human (1935), in which Jane was in her mid-twenties, pairing off with Preston Foster in a cops-and-robbers scenario, she playing a feisty “girl reporter.” 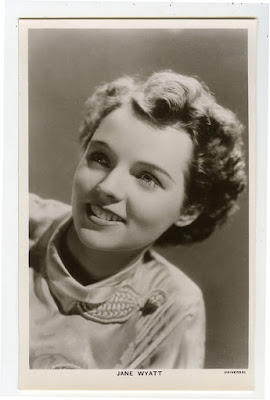 Next, it was Kisses for Breakfast (1941), a silly screwball comedy of mistaken identities, where she plays the owner of a Southern plantation and marries amnesiac playboy-turned hobo, Dennis Morgan, who is also already married to her cousin, Shirley Ross. The improbable scenario was the hallmark of screwball comedy, the last leavings of a more innocent America not yet having to face World War II.

Next, Army Surgeon (1942), a wartime drama that actually takes place during World War I in a flashback where she is a pioneering female surgeon.  She must pose as a nurse overseas because there is no place, evidently, for a female army surgeon, but she earns the respect of her grumpy doc-in-charge, played by James Ellison, and is the prize fought over by two men.  At the end of the film, we are on a troop ship in World War II, she is older now, gray in her hair, in uniform.   Her husband, one of the two old beaus from the previous war, is her fellow surgeon on staff.

Finally, Jane is the sassy wife whose home is turned upside down by an unfaithful husband played by Dick Powell in the noir Pitfall (1948).

Each film shows her at different stages in her development as an actress, and also shows the changes in society occurring not always behind the scenes, but right there on the screen. 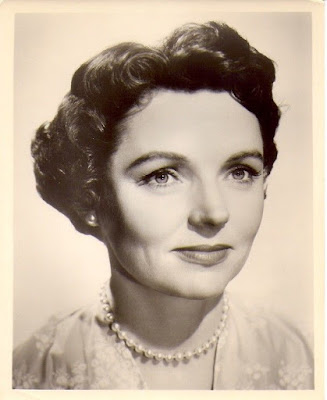 Miss Wyatt—who despite being a flippant girl reporter, a spirited bride who beat up Shirley Ross in a raucous wrestling match, got her white nurse’s shoes dirty in the trenches with the doughboys, and played a handful of suburban wives and mothers (we also discussed her work here in Our Very Own- 1950)—was a true blueblood.  Her crisp and elegant accent never lets us forget.  She is feminine and ladylike, but tough as nails.  She was raised in a well-to-do New York family where her father was a Wall Street investor and her mother a drama critic.

Can you imagine going into acting and your mother being a drama critic?   You’d have to have guts.

She was descended of a signer of the Declaration of Independence and also of a signatory to the U.S. Constitution, yet she lost her place in the blueblood’s bible: the Social Register, when she went to work as an actress on Broadway, understudying Rose Hobart. Jane married the same year We’re Only Human was released, and enjoyed a happy and long (sixty-five years) marriage until her husband’s passing.   Jane Wyatt left us at ninety-six years old in 2006.

We may remember her best in Father Knows Best, the TV sitcom for which she won three Emmy’s in a row, but her adventures as these other characters are a fascinating revelation of just how she fits into different eras, shrugging off not just one role for another, but one decade for another.  In a matter of four or five hours we have been time travelers through crucial years of the "American Century."

Next week, we’re going to take a closer look at We’re Only Human and Pitfall.  They are two very different roles, very different movies, and very different eras.  In both, Jane is charming, plays well off her co-stars, and displays exciting moments of commanding the screen, bringing the action to a halt with the same sureness and guts that made her leave Barnard for the Berkshires, and made her one of those infamous Hollywood liberals to stand up to McCarthyism in Congress.

These chronological rosters of films that TCM presents from time to time are excellent windows on the history of Hollywood and of American pop culture—made somehow more intimate when following the thread of one individual’s meandering career.   Though TCM gets high praise from classic film fans for so many reasons, I think the chronological roster is one of the most meaningful and important aspects of TCM's classic film programming.  It’s so simple, yet powerful, and I don't think any other retro channel or network has ever done this. 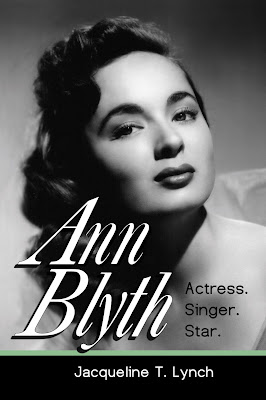 PITFALL is a terrific noir I discovered a few years ago and Wyatt's performance, who I am only familiar with from FATHER KNOWS BEST, was surprising.

I agree, John, the film's final scene is unusual and gripping. Looking forward to discussing it next week.

I have said it before (not here)
and I will say it again,
Actors used to have such distinct voices,
And Jane certainly had a sweet and distinct voice.
I always enjoyed her and Pitfall was quite a movie for sure.

I agree with you, John, about how actors of the classic films had such distinct voices, many of them regional accents. They were a pleasure to listen to because their voices were all different, but usually -- even the ones playing gangster or roughneck roles -- were trained to be clear in articulation.

One of the issues I have with modern films that makes them less interesting for me is the sloppy articulation and bland vocal qualities of modern actors, as well as the sixth-grade level dialogue they're given to speak.

But this problem in our modern society stretches beyond actors. I've noticed among younger people (and I suppose I'm linking everyone in their 30s and under) a tendency to speak very poorly which makes them difficult to listen to, even unpleasant. I don't just mean a limited (and often vulgar) vocabulary, but the intonation is strangely machine-like. They tend (as a group, I'm obviously generalizing here) to speak very fast, to slur over words, not hitting consonants crisply as a result, and the pitch is rather flat. This occurs despite any regional accent -- you find it in every part of the country in this age group. I wonder if TV plays a part of it -- the sameness of the dialogue, the fast delivery - from cop shows to sitcoms to commercials which are like blasting visuals from arcade games. With the reliance on texting now, I wonder if what was once called "the art of conversation" has lost its artistry among younger people.

Fortunately, you still hear good quality, and interesting, speech in the theatre, because those actors are trained, and stage actors tend to speak well even in normal conversation, I think, because of their exposure to this environment.

I don't suppose anybody in the movies is going to talk like Jane Wyatt anymore, unless they are parodying an upper-crust lady. Too bad.

You may find this hard to believe, but I've never seen "Father Knows Best". I am aware of it, but it never ran in syndication in any place I've lived. My knowledge of Jane Wyatt is strictly from her movies (and "Star Trek"). I do appreciate the opportunities TCM provides for us to basically live a career with someone through those special programming blocks. It tends to heighten my appreciation of certain actors I may have overlooked or taken for granted.

CW, I'm intrigued on what it must be like to know Jane Wyatt first, and only, through her films. Like many American Baby Boomers, I knew her first as the mother in FATHER KNOWS BEST, and she was a pleasant and pretty mom like many of the 1950s and 1960s pleasant and pretty TV moms in rather bland, if beloved sitcoms. I think the first movie role I might have seen her in was LOST HORIZON, which blew me away for her youth and stunning beauty, and that obvious realization that she wasn't born a suburban housewife. I was a child at the time, and we can never see our adult role models as ever being young.