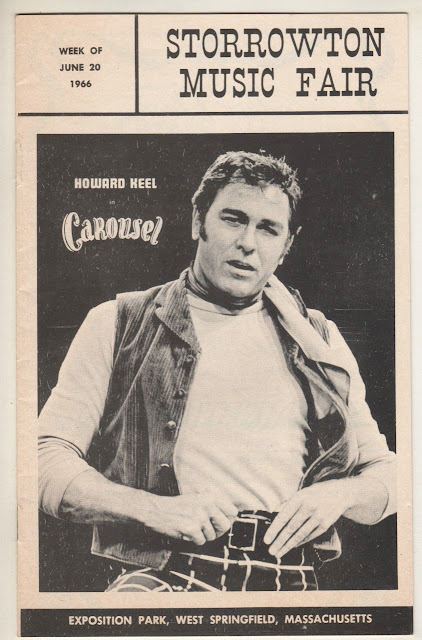 They also did theatre.

The stars and the character actors and the bit players, all the gang we know from the old movies we treasure, a lot of them did theatre as well—either before, or concurrently with their film careers—but these samples are, for the most part, what they did after their film careers were over.  The 1950s and 1960s was reckoned to be a kind of golden age for summer theatre in this country, and it hit just when many of the Golden Age of Hollywood stars were finding it difficult to get good movie roles. 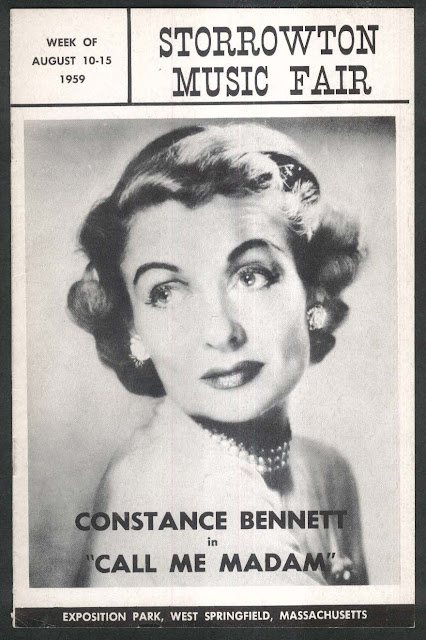 Maybe it wasn’t a coincidence that they reaped the benefit of having somewhere else to go. Maybe they fueled the fire with their tremendous talent. 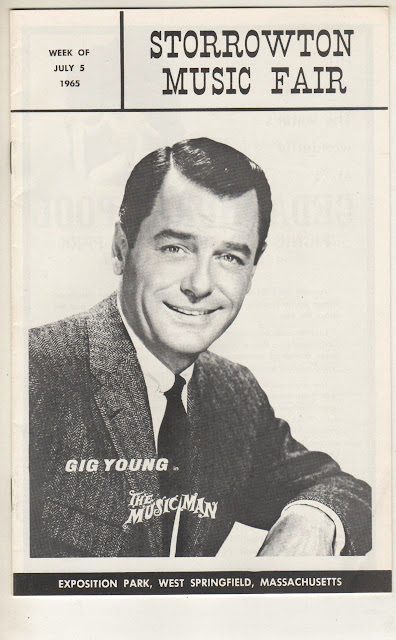 We discussed stars on stage at the La Jolla Playhouse in La Jolla, California, in this previous post.  We also discussed Ann Blyth’s work in theatre after her film career.  One of her gigs was at the Storrowton Music Fair in West Springfield, Massachusetts, where she starred in Show Boat in 1976.   Today we turn our attention to the old Storrowton Music Fair, erected on the grounds of the Eastern States Exposition every summer from 1958 to 1978. 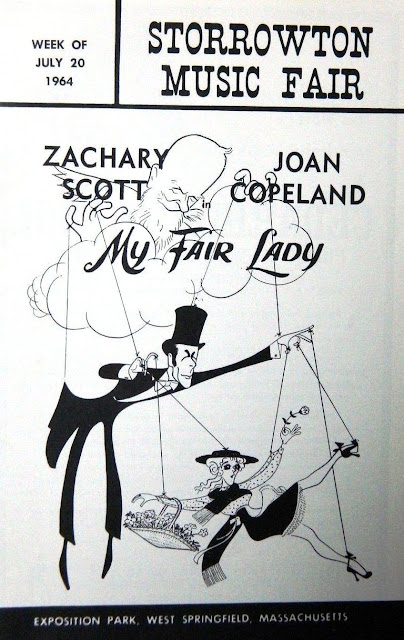 Tent theaters are special.  They have a particular ambiance and magic, but sadly, when we lose them, we don’t even have a building left to remember it by. 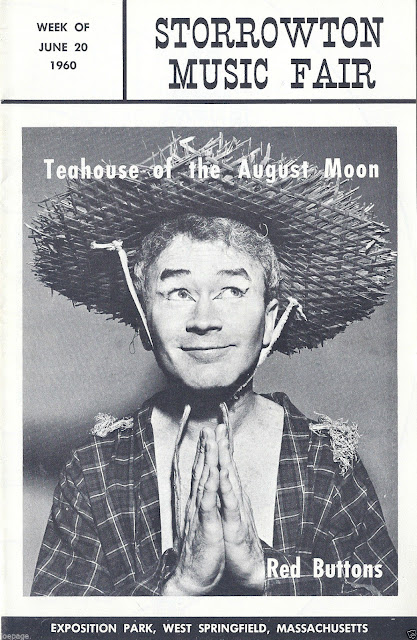 But here, at least, are a few program covers. 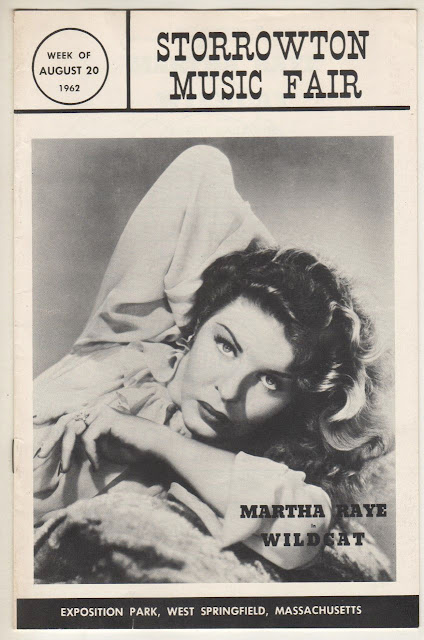 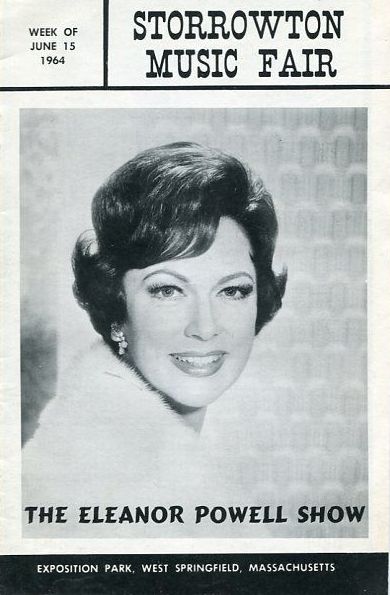 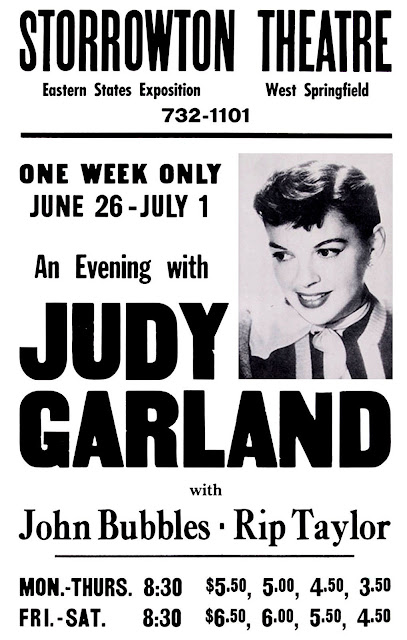 Love these programs. Joan Copeland is a favourite actress of mine. I would have loved seeing her in "My Fair Lady". Some people, you read a resume and think "okay, they played the role, but did they play it well?" With her, I have no doubt.

Toronto's O'Keefe Centre (now Sony Centre) was a stop on the summertime tours and once we moved here in the 70s I spent my money on subscriptions to take my sisters to the theatre where we saw "old pals" like Howard Keel, Jane Powell, Alice Faye, John Payne, Herschel Bernardi, Zero Mostel, Yul Brynner, etc. Ah, those were the days!

Very interesting. I'm trying to imagine Zachary Scott as Professor Higgins. Yep! He could do it.
Such a treat it must have been to see all these stars. Would love to have seen Constance Bennett in Call Me Madam.

CW, how wonderful you got to see those stars. You were a swell big sister. The Storrowton was in the town just over the river from mine, but, alas, it closed before I was old enough to get there on my own.

Vienna, it certainly is fun to see what others kinds of roles the big stars played.